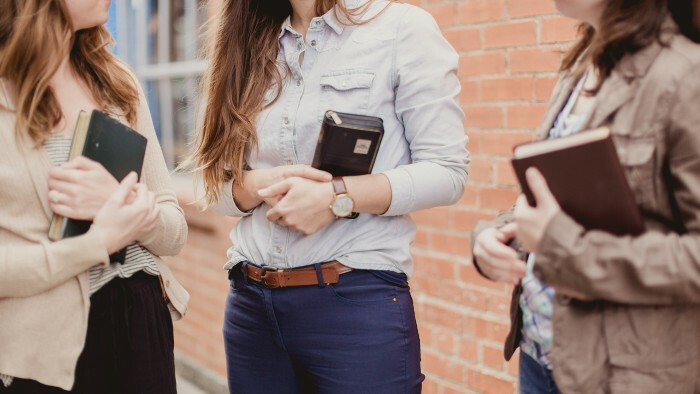 These people are my most powerful joy-mentors. I have been humbled to my core at the depth of passionate worship I have seen in places where the worshipers are hungry, in tattered clothes, taking in AIDS orphans. This is not to glorify poverty—we must work to alleviate it. But these people, who have experienced tremendous suffering—like Paul, like Jesus—know what it's like to walk through this life with its losses, imperfections, struggles and still live a vibrant passionate life of confident faith that overcomes the anxiety, depression, and worry."

Kay Warren has struggled with low-level depression most of her life. The co-founder of Saddleback Church, Warren assumed that joyful living was meant for other people—people like her husband, Rick, who she says has a naturally buoyant, "joyful, Tigger-like" personality. As a self-described Eeyore, Warren didn't think being joyful was part of her personality.

"I used to think life came in waves," Warren told me in a recent phone conversation. "Hard times, and then good times; back and forth." But she's realized the highs and lows run through our lives life on more-or-less parallel tracks. "In every moment of our lives, there is beauty, truth, honor, love. And at the same moment, there is an ache in our hearts for something else. People are dying. Relationships are ending." On the day of President Obama's inauguration, Warren was present as Rick gave the invocation: a real "high" for the Warrens. "But at the same time," Warren says, "a loved one was struggling with a mental illness. On the same day!"

Warren's new book, Choose Joy: Because Happiness Isn't Enough (Revell), which was released earlier this month, grew out of a personal revival in recent years as she discovered what it meant to live with joy—which she says is built more upon a settled assurance about who God is and a conscious choice to praise God in every circumstance than upon whether circumstances in life are going smoothly.

"Happiness is built on happenings," Warren told me. "Joy, on the other hand, is about connecting the eternal to the internal so that we can interpret our externals in ways that allow us to say, 'everything around me may not be all right—but I'm all right.'"

This is a striking claim coming from a woman who has encountered tremendous suffering in the past years. Warren has had two different forms of cancer, a daughter-in-law with a serious brain tumor, a premature grandchild, and loved ones suffering from mental illness. "Suffering does give one an appreciation for joy … those who have suffered have been given the opportunity to recognize the limitations of ourselves and to know God in our darkest days." Likewise, Warren's work in the developing world—especially as an advocate for orphans and people living with HIV/AIDS—has shaped her perspective:

When speaking to groups, Warren often asks her audience to raise their hands if they know two people who truly live out James 1:2, "counting it joy" when they face trials. Most people raise their hands. Then she asks how many know 5, or 10, or 25 such people. Pretty soon, no hands are left in the air. But Warren is convinced that joy in suffering to be the biblical expectation for Christian life—that joy is the Christian's "norm." That's why she's hoping that the book's message will take a hold for other women who, like her, once felt that "joy was for other people." She hopes they will come to experience joy: "the settled assurance that God is in control of all the details of my life, the quiet confidence that ultimately everything is going to be all right, and the determined choice to praise God in all things," as their "birthright through the Holy Spirit."

In the book, Warren talks about "joy conservation." Joy can seep away through a million little cracks every day, she says. Joy conservation aims to plug those cracks—maybe by avoiding habits that you know to drain your joy, maybe by determining not to be bothered by little things, like someone taking your parking space. "You can't change other people, but you can change you," Warren says. Living in the moment, practicing gratitude, and determining to praise God whether in the midst of pain or pleasure—these are some of Warren's tried-and-true methods to finding true joy. Warren is hopeful that this book will also spark a conversation about mental illness in the church.

"Those who find life unbearable need the comfort and the arms of the church—they need our assurance and confidence in God to bear them up. Until we were touched by mental illness, I didn't realize how pervasive it is."

As for Warren herself, she says rediscovering the biblical concept of joy has changed her.