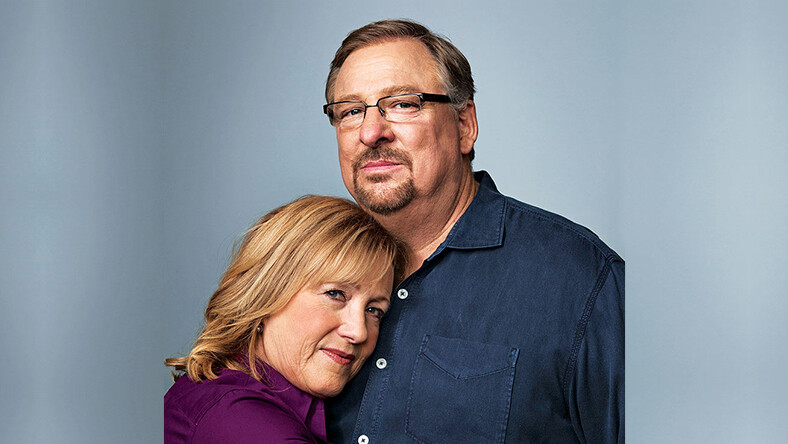 Kay Warren, wife of California Saddleback Church pastor Rick Warren, commemorated her late son Matthew on International Survivors of Suicide Loss Day and encouraged others by noting that while suicide rate is high in the United States, there is hope because suicide is preventable.

Matthew, who died from a self-inflicted gunshot wound last year, was the "funniest person I have ever met," she told a large audience at Saddleback Church.

"He was creative, he was kind, he was highly intelligent. He was my baby, and at the center of our family through the years of his struggles... Matthew was the most courageous person that I have ever known... I don't know how he lived as long as he did," Warren added.

However, April 5, 2013, the day the Warrens "had always feared" came when Matthew used a gun that he bought illegally and took his life, she said.

Although Kay had been able to "talk him off the ledge" several times, he chose to take a permanent way to end his pain.

"When he died, a part of me died, too," she shared, adding that the "broken mental health system" only added to her pain.

"My only real comfort and solace is that I'll see him again, and that when I die, we'll be together because he is in the arms of his Savior and my Savior Jesus Christ," she said, adding that she is speaking up for the mentally ill because she doesn't want anyone else to have a similar moment-by-moment struggle.

However, Kay reinforced that there is hope, because "suicide is preventable."

The "International Survivors of Suicide Loss Day" event, which was sponsored by the American Foundation for Suicide Prevention, included a wide spectrum of participants from mental health professionals and those who had just lost a loved one to others whose loss was years ago.

"International Survivors of Suicide Loss Day can change your life," says AFSP. "It's the one day a year when people affected by suicide loss gather around the world at events in their local communities to find comfort and gain understanding as they share stories of healing and hope."

For many loss survivors, attending a Survivor Day event is the first time they realize they are not alone, say organizers. "Just hearing the stories-from people at all stages of healing-can be helpful," AFSP states. "The gathering also provides participants with a chance to share their own stories with those who understand firsthand the challenges of living in the aftermath of a suicide loss."

According to the CDC, every 15 minutes, someone commits suicide in the United States, and more people now die of suicide than car accidents. 20 percent of Americans will have a suicide within their immediate family, and 60 percent will know someone who dies of suicide.

Kay Warren has said that she hopes her advocacy at the forum and future work on mental health issues can help remove the stigma of suicide.

"If we can lend our voice to this, it helps redeem the pain of Matthew's death," Warren said. "It was a good use of the church to speak to the broader community. We were blessed that our loss occurred in the warmth of a community that loved us. Our loss was not stigmatized, it was embraced."