Interview: Kay Warren on Suffering, Questioning God, and Why Evangelicals Need to be Careful About Politics 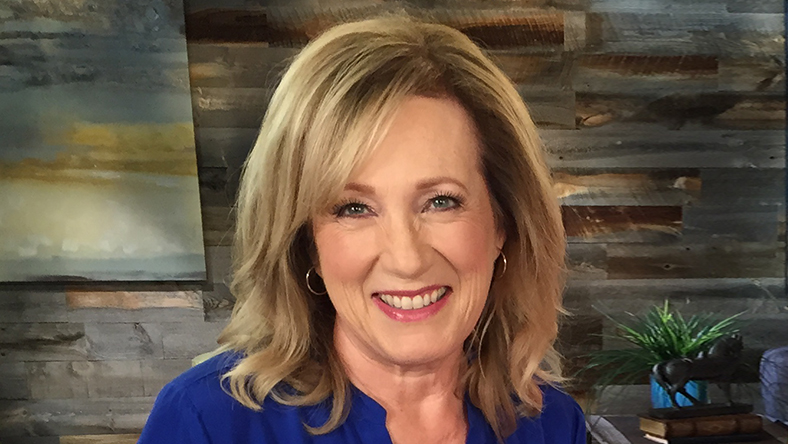 Kay Warren is unique among evangelical leaders in the US, not just in her intelligence and thoughtfulness but in the depth of suffering she has experienced in her life and, crucially, her willingness to talk about it.

Asked by Christian Today if this self-proclaimed lifelong 'church girl' has ever had a crisis of faith, she explains that she hasn't doubted God's existence so much as his goodness.

The lowest point for the wife of celebrated pastor Rick Warren, who founded Saddleback Church, came when the couple's son, Matthew, killed himself aged 27 in April 2013 after a long battle with mental illness.

'The real struggle for me is around God's goodness,' she says. 'It is a much more painful struggle for me than questioning his existence. It feels like there have been many opportunities, many circumstances in my life that bring me back to that question: "God, are you good, and if you're not, why would I want to trust you, and if you are how do I trust you when it feels like what happened is too painful to endure?"'

Later, we will discuss Kay's view on evangelicals who have aligned themselves to Donald Trump, as she talks of the need for Christian leaders to 'evaluate their political affiliations'.

But first, Kay is heavily critical about the church's approach to mental illness, especially the evangelical view that such suffering must mean the sufferer is somehow distant from God, as prescribed in some 'healing' ministries. 'A sad reality that I've experienced is when Christians look at another Christian and say you can't possibly be experiencing depression or anxiety or if you are you've failed, or you don't love Jesus enough or aren't praying enough. That just stabs me in the heart when I hear things like that because it is not what the Bible reveals to us about very real human beings: David experienced very real depression, Elijah, the Apostle Paul and Jesus in the Garden – if he wasn't experiencing enormous emotional pain then I don't know who did.

'There has been a misbelief over the years that any emotional pain is somehow demonic: just the opposite is true. Science is catching up with what the Bible has said, that we are complex people – and the brain is part of our body. It's a misunderstanding of what mental illness is. Even though I think there's progress I do see it today.'

Kay has said that she wants never to stop her ministry work, to 'die with my boots on'. But has this introvert ever wanted to give up, to hide away? 'Particularly after Matthew died,' she says. 'Life was a burden. I didn't know how I could keep on living very well, let alone being in the public eye, in ministry. That has been a struggle these past four and a half years. That didn't change. I am still trying to figure out how to be an introvert with a loss of son who also has a call to ministry – and that involves making adjustments.'

Kay is speaking to Christian Today following the release of a new book, Sacred Privilege, published by Baker, which outlines how pastors' wives, like everyone else, have to take 'ownership' of their own relationships with Jesus and cannot expect instead to be healed by their husbands or other human beings. But the book is also autobiographical.

She says: 'At the end of the day I am ultimately responsible for my own life and until I take that responsibility it would be far easier to blame everyone else...It's so much easier to put all the blame on other people, other forces, but the Bible teaches we are to take ownership ourselves – if you're going to survive as a Christian you have to come to a place where you realize it is up to you to say yes to God. And if I am going to be an emotionally healthy person it is because I chose to get the help that I needed for all those broken places in my soul.'

Kay immediately opens up, as she does early in the book, about being sexually abused as a child. But she characteristically shuns self-pity, and that is partly the point she gets across in the book.

'I was molested as a little girl. I can't hide behind that and I am the one that has to take responsibility,' she says. 'I think those choices lead to resilience, they lead to the ability to hold on in the harder times and it allows me to be a much more effective minister for Christ when I am spiritually healthy. Ministry is hard and if we are going to last we have to look in the mirror and take responsibility for growing close to Jesus.'

Kay grew up with what she describes as 'very conservative' parents. 'Conservative in every way that was possible in the US in the 1960s and '70s to the place of if a Christian family came to our church and wanted to join, if they came from another denomination, they had to be re-baptised...Just a very, very narrow definition of everything. But on the positive side they loved Jesus and they lived out their faith in front of me. They made God winsome, they made God attractive. I wanted a relationship with God in spite of all the rules and no dancing and no two-piece swim suits and so on.'

Perhaps it was this conservatism that drew Kay, while she was aspiring to be a missionary, into a curiosity about pornography which she found in the homes of family friends while babysitting aged 12 or 13, which, following her abuse, led at that time to both 'repulsion and fascination' with sex.

'It is impossible to overestimate the effect of discovering pornographic magazines in a neighbour's home when I was babysitting, partially because we didn't talk about sex in our conservative home, plus the expectations to be perfect, not to stumble in any way...it all came together in a very toxic way that left me divided, two different people: there was the good girl who loved Jesus and wanted to be a missionary, and the girl who was a complete and utter embarrassment to Jesus...there was a fear of being disqualified from serving Jesus or even being a Christian. I cannot state too strongly how much that impacted who I was, who I thought I was...the helplessness. And I am not alone in that...I would start that cycle again of shame and remorse and promising God I would never do it again and feeling more shame: a familiar cycle to every one of us, never going to think that again, and when we do feeling overwhelmed with shame and hopeless creatures.'

Aged 19, Kay was in some senses rescued by getting engaged to Rick, even then an extrovert. Both of them were the offspring of pastors, but it very quickly became clear after they married two years later that there was much they did not share.

Kay laughs when asked how she differs from Rick. 'The differences between us are so vast it's almost like, where do I begin? In almost everything you can think of we are going to look at it differently. We just approach life from a different lense. But what attracted us to each other as college students [was that] we were both sold out to God, to Jesus, our lives were about serving him, sacrificing to him, giving whatever was required to bring Jesus to this world, and willing to do whatever it takes, and that shared passion for God is what was attractive to us for the other. In our 19-year-old brains that was all that was necessary. At 19 we thought that was all that there was.'

Instead, Kay found that marriage is, like life, hard, but now she has found peace in her marriage and in her relationship with God.

It's fair to say, however, that she doesn't appear to be at peace with America's current political scene and that she might be in a different place from many of her fellow evangelical leaders. Asked about Donald Trump, who has attracted the loyalty of many evangelicals, she pauses for quite a long time. Then she says: 'You know why I'm careful – because we in our hearts have always wanted to be pastoral rather than merely political because politics divides people and our goal has always been to bring them to Christ.

'At the same time the dance is being in leadership and calling people to righteousness and that means having to speak out about what's happening in the world and finding what our role is. We want to be able to comfort and encourage people of every political persuasion. We don't want to alienate...'

Asked if the evangelical brand is in danger of being tarnished, she adds after another long pause: 'I've been pretty open about what it means to be a Christian today and the political milieu in which we find ourselves and we have to reflect Jesus, love compassion, kindness, his heart of love for the vulnerable, those on the edges, immigrants, those with mental illness, those who live in poverty. He hates racism, he is against words of violence, actions of violence, he asks us to be his agents of mercy and reconciliation in this world so that requires every Christ follower to evaluate their political affiliations – what label they present.

'We must reflect Jesus accurately. The stakes are high, the world is watching, people need Jesus Christ more than ever. It's a heavy responsibility to be a Christ follower today – and that means taking an honest look at all the labels and make sure they really reflect Christ.' 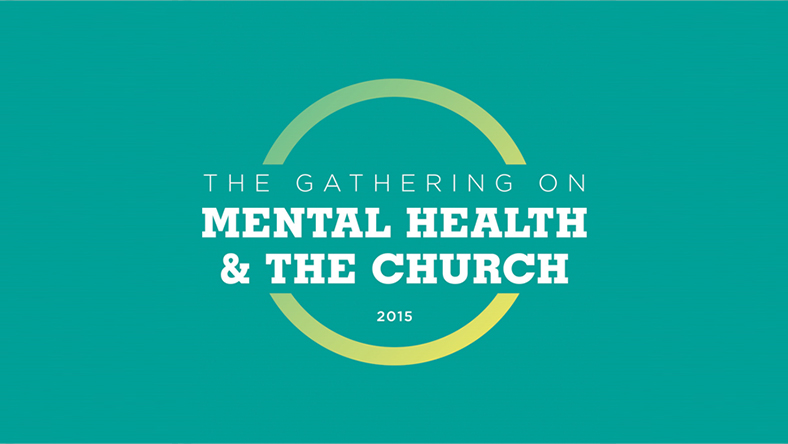 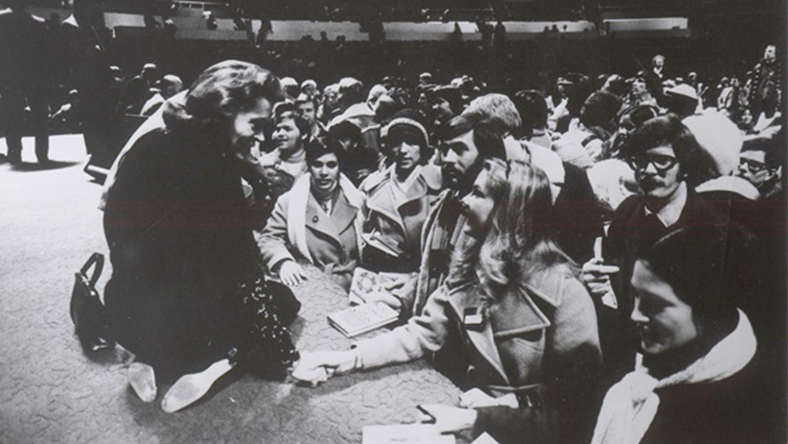