Who Pastors the Pastors? Even Ministers Suffer from Suicidal Thoughts 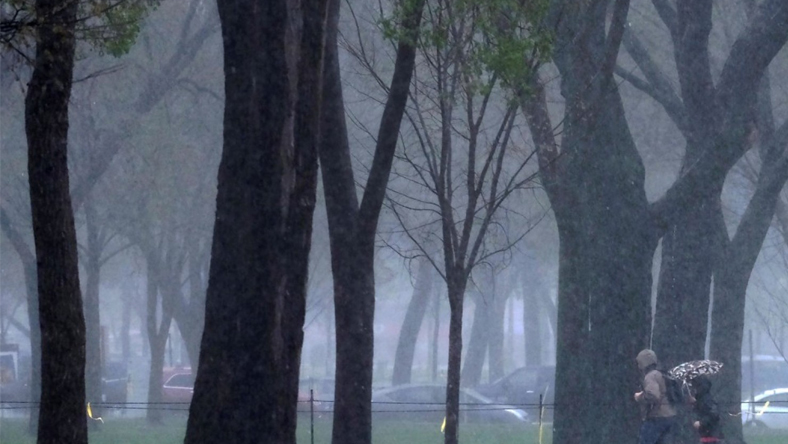 My cousin’s trembling voice uttered the unthinkable. “Kay, I need to let you know that Wayne took his life this morning.” My knees collapsed under me. “No! How can this be? What happened? Why? What was wrong with him?”

My mouth formed tumbling questions despite my mind being frozen in disbelief and grief.

Through his tears, my cousin told me his brother-in-law had struggled with depression and suicidal thoughts for some time. His family thought Wayne was truly improving after he agreed to see a therapist.

On the morning of his death, Wayne said goodbye to his wife, Lynn, as she left for work. But Lynn felt uneasy and came home at lunch to check on him, only to find the worst had happened.

On the kitchen counter was a note he wrote apologizing for hurting his family, telling them he loved them and explaining that he just couldn’t go on. Wayne made the sure the dog was safe in his kennel before he ended his life.

Raised on the plains of West Texas, Wayne Oglesby was a preacher’s kid who followed in his father’s footsteps. He met my cousin, Lynn, in college and they made a fine team — vivacious, warm, football-fanatic, Jesus-loving folks who pastored small churches for decades.

Wayne is not the only pastor or faith leader to experience mental illness, addiction, financial difficulty and thoughts of suicide. Sometimes the media blares the news of a pastor who dies by suicide, but often, they die quietly, unnoticed by many outside of their church and local community. According to the Centers for Disease Control and Prevention, for every completed suicide in the general population, there are 25 attempts, and thousands more who think seriously about ending their lives. Pastors are not exempt from these statistics.

Wayne devoted countless hours to the duties of a pastor — preaching, teaching, marrying, burying, visiting the sick, showing up in the wee hours of the night for those in need. Every step of the way Lynn was right by his side, working as tirelessly as they could to care for and nurture the congregations they loved. His sons, Rusty and Dusty, knew they could count on their dad to be at countless tennis matches and soccer games, no matter what was happening at church. He was fiercely proud of his boys and frequently told them so.

But over time, his life slowly began to change. Sometimes pastors and congregations don’t mesh well, even when there’s nothing really wrong, and Wayne and Lynn were asked to resign from a church they were serving. For the first time in his adult life, Wayne was no longer a pastor. Still in his late 50s with many years ahead of him, he was rudderless. He had never been great with money management, and he began to overspend, taking on more debt than they could handle. He started drinking too much. He found employment as a chaplain for a funeral home, but it just wasn’t the same as being a pastor.

Depression set in, and he fought hard against the way it sapped his energy and sense of well-being. He often expressed disappointment and confusion on the way his life turned out. The guilt he felt for overdrinking and for putting his family’s financial future at stake ate away at his peace of mind.

Who besides his family could he turn to for counsel? Who would provide a safe place to listen nonjudgmentally to his story? Who was there to hold his hand and reassure him that he would be okay? Which former church member could he seek out to give him comfort in his time of need? Who would pastor the pastor? The same spiritual leader who had been there for thousands of church members over the decades now wrestled in secret, feeling despondent, hopeless and utterly defeated.

Wayne didn’t really want to die. He was trapped inside himself, seeking a permanent way out. But on March, 4, 2010, this kind, loving, dedicated pastor with a West Texas twang concluded that his wife and family would be better off without him. He convinced himself that they would have a better life without his emotional breakdowns, without the stress of his financial mistakes and without the burden of his pain.

He was wrong. His wife, children, grandchildren, friends, neighbors and former church members are not better off without him. The crushing, soul-shattering grief of his suicide changed them forever.

His absence leaves a gaping hole in the lives of his family, haunted by the moments that could have been memories.

Pastors are people first, ordinary men and women who are vulnerable to the same illnesses, life circumstances and woes as the rest of us. Yet they have the added stress of living in glass houses, always under the watchful eyes of church members. Sometimes both faith leaders and the congregation forget that pastors are merely human and expect superhuman feats of endurance, wisdom and knowledge. The unrealistic expectation that pastors and their families walk on water can only lead to deep disappointment and disillusionment, which can be lethal.

Please stop expecting your pastor to be anything more than a frail and fragile human being like you. Seek ways you can use your gifts, talents and passions to share the load of your pastor. When you see hungry people, feed them. When you know people are sick, go visit them. If the church lawn is overgrown, crank up your mower and give a hand.

Rather than sit back and watch your pastor or priest or rabbi burn out from exhaustion and too-high expectations, volunteer and become a contributor instead of a spectator. Take care of your pastor. Seek to be a safe, nonjudgmental person who your pastor can come to when he or she is hurting. And pastors, please don’t struggle alone.

If you, or someone you know is in distress or crisis, call 800-273-8255. The National Suicide Prevention Lifeline provides 24/7, free and confidential support for people in distress, prevention and crisis resources for you or your loved ones.