My Brother Rebuilt His Life After Heroin, and My Family Had to Learn Forgiveness 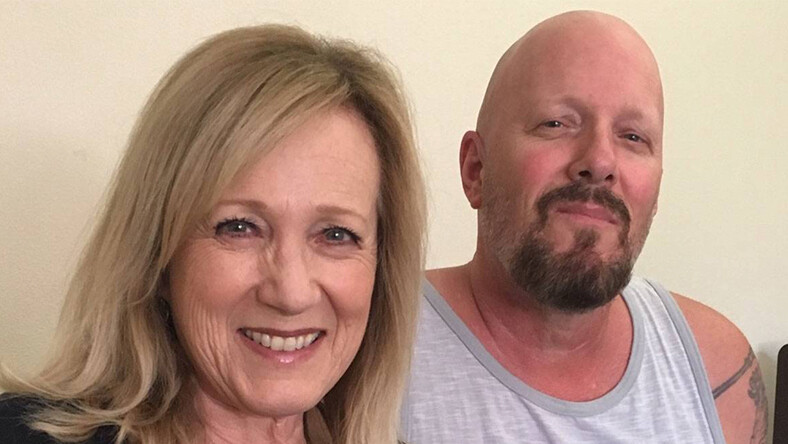 Drug overdoses kill more than 64,000 people per year, and are now the leading cause of death for Americans under 50. To document the nation’s devastating opioid crisis, TIME sent photographer James Nachtwey and deputy director of photography Paul Moakley across the country to gather stories from the frontlines of the epidemic. The result, The Opioid Diaries, is a visual record of a national emergency and a call to action.

I’ll never forget the night years ago when my younger brother, Andy, told me he was addicted to heroin. We sat in my parked car near the beach, the darkness shrouding his face as he told me the story.

“I need to tell you something, Kay. I know you’re going to take this hard. I started using heroin a few months ago and I can’t stop.” The world stood still for a few moments as I absorbed the news that my baby brother, the one whose arrival in our family eight years after I was born gave me the sibling I had longed for, the one I carried in my arms, the one I pretended was my personal walky-talky doll when he was 2, the one who used to snuggle in my arms and call me “Sissy” — was a heroin addict.

Through my tears I shouted questions at him: “Why did you start shooting up heroin? What’s the matter with you? Are you stupid? What did you think would happen? Did you think you could play with heroin and not become a drug addict?” I was shocked and angry and confused. Mostly I was frightened. Was I going to lose him to a HepC or HIV infection? Would a violent drug dealer harm him? Would he die by an accidental overdose?

I don’t even really remember how Andy answered my barrage of questions, but the conversation did not end well. For the next five years, our family rode the roller coaster of a substance use disorder with him. My parents suffered bleak despair as they watched a dearly loved child being wrecked by an opioid addiction. Their beautiful boy shrank to a pale skeleton who lied to their faces, stole and pawned their few prized possessions, wrecked their cars, destroyed their trust and broke their hearts.

As a sister, I grieved the ruin heroin was creating in my brother. But as a daughter, I hated the ways it was destroying my parents. Yet their love never wavered. Not for a second. He was their son, and they would give their last dollar and their last prayer to see him whole and healthy again. The more heroin consumed him, the more they forgave and prayed. Andy is one of the lucky ones. Somewhere in the black, merciless hole of addiction, a tiny piece of hope survived. Eventually he drove himself to a detox center, endured the accompanying physical and mental agony of withdrawal and slowly rebuilt his life.

As he began to rebuild his life, we had to rebuild ours as well. There was much to forgive. Many people are hesitant to forgive because the other person doesn’t deserve it. The wounds they have caused are grievous. Yet forgiveness is not primarily for the benefit of the other person but for us. If we cannot forgive others how can we even possibly receive the forgiveness of God? The Bible says in James 2:13, “For there will be no mercy for you if you have not been merciful to others. But if you have been merciful then God’s mercy towards you will win out over his judgment against you.”

Judgment never changes anyone, but forgiveness is the most transformative power in the universe. That’s why God repeatedly offers it to each of us, then commands us to ask for it, accept it, and offer it to those who have wounded us.

Others are reluctant to forgive because they misunderstand the difference between forgiveness and trust. While forgiveness at its best is immediate and unconditional, trust is built or rebuilt slowly, and is completely conditional. Forgiveness is a pardon for the past, but it is not a license to continue hurting others in the present.

Today, my brother is the sweet brother of my youth – intelligent, warm and funny, a gifted musician and songwriter, a great dad, and a loving son. He will be forever grateful that our parents never gave up hoping and praying for recovery, and forgave the terrible pain he caused them. Our story has a happy ending.

Not every story of addiction and substance use disorder ends with recovery. Our family shares the grief of those who have lost loved ones, or are currently riding the chaotic roller coaster of substance abuse disorder with someone they love. If you are walking through an addiction with someone, don’t give up. Keep praying, keep hoping and keep forgiving.

If you’re struggling with a substance use disorder, please consider attending a Celebrate Recovery group in your area. More than 4 million men and women have found healing and hope through this Christ-centered peer-led recovery program. There is hope! Recovery is possible.